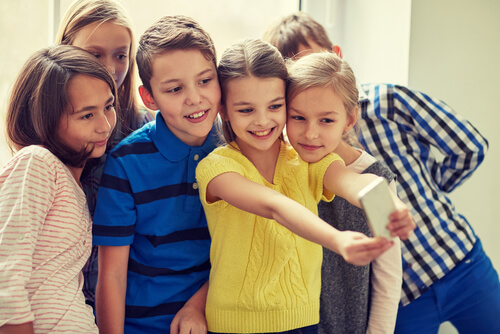 The Effects of Social Media on Your Kids’ Self Image

Studies show that too much time on social media has negative impacts on the self-esteem of teens and tweens.

As kids grow to an age when they search for independence, they also start looking for acceptance. Kids are now reaching for social media to fill that void. Social media sites provide a space where teens and tweens can communicate and have complete control over their image. When teens receive positive reinforcement, it releases dopamine in their brains, which leads them to want more. That sensation can translate into temporary self-confidence. Those moments are the high points of social media.

But social media also comes with lows. Evidence suggests social media use has a negative impact on mental health, including self-esteem and life satisfaction. The more someone uses social media, the stronger the correlation to these effects.

Teenagers don’t always understand the impact their words and actions have on others. And there’s a lot of online bullying and negativity to sift through on social media apps. Those words can have a long-term impact on your kids' self-worth and mental health.

The truth is that consuming, posting, and interacting with too much social media can seriously damage a young person’s self-esteem. The first step towards prevention is to understand the risks, and then you can start to implement solutions. Let’s start with the risks.

The More Time Kids Spend on Social Media, the Worse the Effects Will Be

When kids and young adults spend too much time on social networking sites, they’re either focusing on the image others are putting out or perfecting their own persona for validation. There’s not a ton of in-between. And while a little bit of either is fine, a lot of either is definitely bad.

Research conducted by the Royal Society for Public Health in the U.K. showed that kids who spent two or more hours on social media in a day had a higher risk of mental health issues, such as anxiety and depressive symptoms. Depression is the most common result, and it could also be a sign that your kid has been bullied online.

It’s far easier for kids to send and receive inappropriate content without their parents knowing through social media messaging than text messages. And it’s also much easier for predators to reach them. In fact, when kids don’t have the correct privacy settings set up, TikTok can become a popular outlet for predators to reach teens. The more time spent on social apps communicating with friends and meeting new people, the more likely kids are to be exposed to explicit content.

Most parents have met a bully or two in their lifetime, but probably not a cyberbully. It’s much easier to say mean things to other people if you don’t have to see them face-to-face, and the effects on kids can be dangerous. Stories continue to emerge about bullying that leads to teen depression and anxiety—and at its absolute worse, suicide. According to research, girls are the most at risk of these negative outcomes of social media.

Girls Are More Likely To Be Bullied Online Than Boys

Bullying is a universal language. It happens in every country to every gender, and it does not stop in young adulthood. However, girls are the targets of online bullying more frequently than boys.

Studies conducted by the National Center for Educational Statistics on students in the U.S. show that 20.2 percent of students are bullied at school—but those numbers are not on the rise. It’s cyberbullying that continues to grow. For example, 6.8 percent of boys are victims of cyberbullying compared to 21.4 percent of girls, especially online and in text messages. That’s three times more than boys.

A recent Dove campaign entitled “Reverse Selfie” incites chill-bumps. It exposes the great lengths young women and girls go to in order to put a perfect image out on social media. The message in the ad reads, “The pressure of social media is hurting our girls’ self-esteem. More screen time during the pandemic has made things worse. Have the selfie talk today.”

There are plenty of inconclusive theories about why more girls are bullied online than boys. The most popular is the idea that girls post more images and videos of themselves, which can open the door to more criticism.

The number one motivation behind selfies is attention, according to social psychology research. When teens post selfies, they get reinforcement by receiving likes and comments. But when the central focus is themselves, it opens up the opportunity for social comparison with others and negative feedback from anyone who views the image. And with many of today’s tweens and teens aspiring to become “influencers,” there’s even more pressure. It’s a recipe for disaster for young kids who are desperate for validation and acceptance.

Common Sense Media recently put out a report that said the content kids view online—selfies included—can be influential in molding their sense of self. This upward social comparison is a natural part of human behavior, but social media takes it to an unhealthy extreme. Even adults make emotional connections to what they see posted on social platforms by their friends, family, and other connections. These adults admit to feeling envy, loneliness, and generally worse about their own well-being after social media usage, like looking through their friends’ vacation photos. Kids have even less self-awareness to help them notice when they fall into this self-comparison trap.

Common Sense Media also cited the Journal of Adolescent Health as saying teens are more likely to engage in risky activities—like smoking and drinking—in real life if they see their friends doing it in photos. It’s peer pressure online.

Removing social media apps from your kids’ phones and devices is probably not a reasonable expectation. And these devices aren’t going away anytime soon. So what’s a parent to do? The best way to prevent the negativity that comes with these apps is to set boundaries on social media use and have open conversations.

The most important step parents can take is to model good behaviors. If you’re telling your kids they need to abide by certain rules or guidelines on social media to stay healthy, they need to see you doing the same. For example, if you’re scrolling through images and making comments about the appearance of a friend or family member to your partner—whether it’s positive or negative—they will absorb that and consider it to be okay for them to do too.

Inspire a Positive Self-Image at Home

Kids adapt to the environment they’re in. The way you speak about yourself will impact the way your kids think about themselves. Therefore, if you speak negatively about yourself, your kids will consider that normal. Promote the idea that every person in your family is exactly how they should be—unique and capable. Instilling confidence in them will go a long way. The less focus on their outward self-presentation, the better.

Many teens turn to social platforms to see how other social media users portray themselves, but that isn’t necessarily a real image. There are too many apps and filters to count built solely to distort or alter an image, especially a selfie. Talk to your kids about the unrealistic images circling around the Internet. Make sure they realize these are fantasy, not reality.

If you’re a parent of girls, in particular, there are several ways to instill a positive self-image offline. We love this article by ChildMind.org—it details a litany of opportunities to talk about positive body image with your daughters.

Create an Environment for Open Conversation

As parents, we all hope our kids will come to us if something is wrong. Realistically, sometimes they won’t. But the best way we can create the kind of environment where kids will be comfortable talking to their parents about what’s happened on social media is to be open yourself. It can be hard to do! Start by talking about your own experiences. By omitting judgment and refraining from talking negatively about others or yourself, you will be setting the tone for your kids and the way they interact with other kids on social media platforms. They’ll also be more likely to pinpoint when someone is being inappropriate, bullying, or simply not worthy of their time.

Limit the Time Your Kids Are on Social Media Apps

Parents know when their kids aren’t feeling good about themselves. If you start to notice your kids seem down or have low self-esteem, and they’ve been on social media frequently, it’s probably time to start talking about it and implementing some changes. It’s hard to watch, and of course, you want to fix it for them. Parental controls can help you limit their exposure to social media apps.

The battle against the negative effects of social media is ongoing, but with parental controls, at least you know your kids aren’t overdoing it!

How Is Social Media Affecting Your Kids' Self-Esteem? 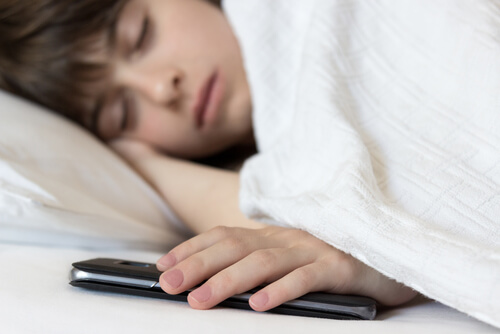 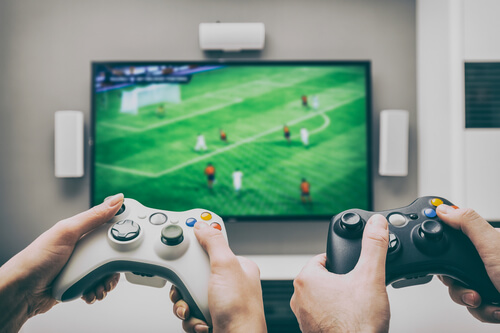 A Parents Guide to the Most Popular Video Games 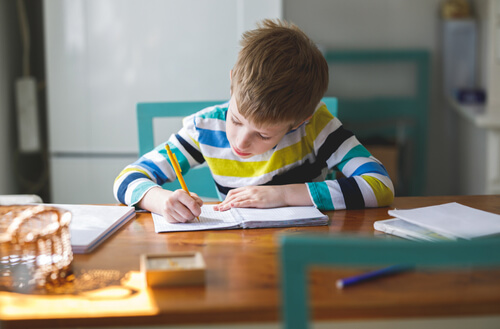 Creating a Distraction Free Study Space for Children to Teens

How to Teach Your Kids About Online Scams 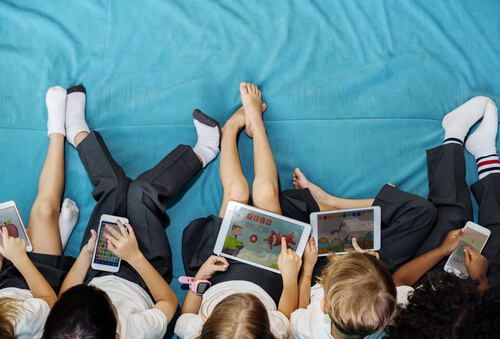 How to Help your Child Set Healthy Screen Time Limits

What to Do When Your Kid Is Exposed to Inappropriate Content

Cyberbullying: What You Need to Know